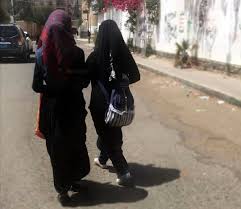 ADEN. Dec. 11 (YPA) – Informed sources  on Wednesday revealed that a leader of the UAE’s Southern Transitional Council kidnapped two girls in the southern port city of Aden under false excuses and pretexts.

According to the sources, the military commander, “Abu Hossam” in Jabal Hadid camp, a part of the so-called Transitional Council, kidnapped two girls, from 90th Street in al-Mansoura district in Aden after he accused them of false charges.

The sources added that “Abu Hossam” accused the girls of stealing 60,000 Saudi riyals and kidnapped them,

After pressure from the parents of the girls on him to reveal their fate he handed the girls to the security department of Khor Makser, instead of handing them over to the security center of al-Mansoura or Sheikh Othman, which is close to the site of the incident, one of the sources said.

During the past period, Aden and several other southern cities has witnessed acts of violence and insecurity that have claimed the lives of dozens of imams of mosques and innocent citizens.