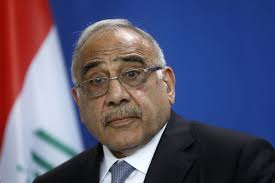 The move came after top cleric Grand Ayatollah Ali al-Sistani urged the parliament to “reconsider” its support for the incumbent government.

Abdul-Mahdi’s administration is expected to take on a caretaker role until the largest bloc in the parliament agrees on a new candidate to replace him.