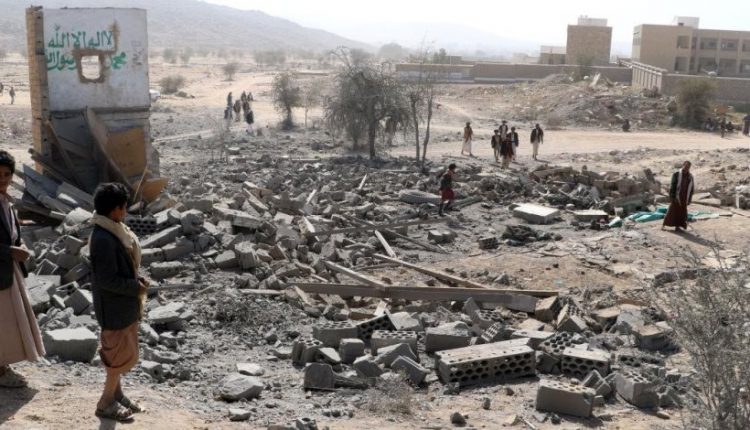 SANAA, Nov. 24 (YPA) – .At least two children and a man were injured by Saudi-led aggression fire in Saada province, and the forces of aggression continued to violate the ceasefire agreement in Hodeidah province, during the past 24 hours, security sources told Yemen Press Agency on Sunday

In Saada, a security  source confirmed to the Yemen News Agency (Saba) that a citizen was wounded by Saudi border guards in al-Raqwa area of Monabbih border district, as well as two children were wounded in rocketry and artillery attacks on populated villages in the border district of Razih.

In Hodeidah, the another security source explained that an infiltration attempt carried by the forces of aggression towards the  north part of Jabalyah area in the District of Tuhyta was foiled, and the aggression the forces of fired more than 18 artillery shells in different areas of the same area.

Moreover, the invaders and mercenaries with various machine guns targeted different areas in the south and west of the city of Tuhyta.

The source pointed the Saudi-led aggression forces burned down a citizen’s house in the besieged city of Al-Duryhami in artillery shelling, and targeted various places in the area of Kilo 16 using machine guns.

Furthermore, the source stated that the forces of aggression fired more than 33 artillery shells at the homes and property of citizens in the Beit al-Faqih district.

The source also pointed out that the forces of aggression established combat fortifications east of the village of Al-Shaab and bombed several areas in northwest of Maghazi village in Hays district, using heavy and medium weapons as well as firing artillery shells towards the northwest of Mothalath Al-Adin in the same district.

Corona deaths in US increased to +7000 cases