YPC employees protest in front of UN office in Sanaa 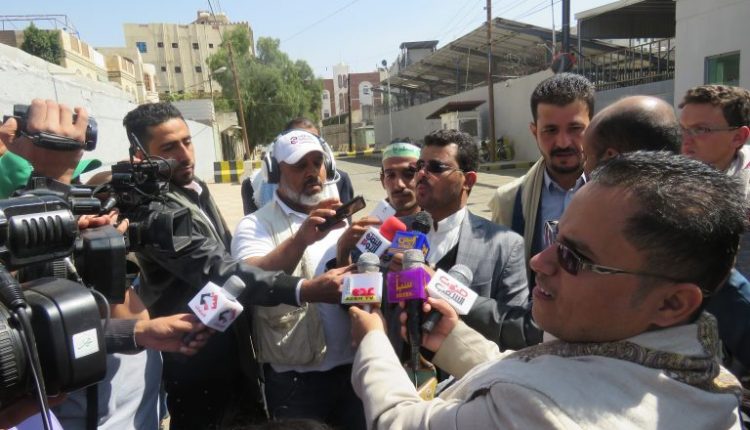 During the protest, YPC’s spokesman Amin al-Shabati noted that four oil ships were added to the ships being held by the aggression coalition, bringing the total of detained oil ships to nine vessels loaded with 150,000 tons of diesel and over 50,000 tons of gasoline.

Al-Shabati said that these abusive practices by the aggression coalition and its mercenaries come in the light of the growing need for fuel material, while the oil derivatives ships held at a few miles from the port of Hodeidah.

The spokesman held the United Nations and the aggression countries fully responsible for the disastrous effects as a result of the continued detention of oil tankers.

The protesters issued a statement, in which they called on the United Nations to pressure the aggression countries to release the oil ships and ensure not be held in future.

The statement also renewed the call for lifting the ban on Sanaa International Airport and Hodeidah Port and to neutralize the oil company and its stations from the systematic targeting of the aggression coalition.