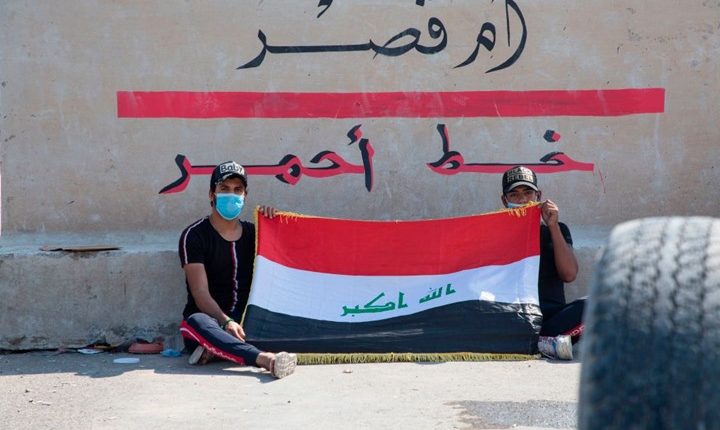 SANAA, Nov. 4 (YPA) – Protesters in central and southern Iraq’s provinces have stepped up their protests, blocking major roads, government institutions and energy installations while preventing employees from to go their jobs.

Security forces and the military showed no movement towards the protesters.

Protesters have been closing the southern and northern port of Umm Qasr in Basra province in the south for six days, and protesters have closed the road leading to the Majnoon oil field.

The Majnoon field in southern Iraq is the third largest in the world, with an estimated reserve of 12.6 billion barrels.

Iraqi Oil Minister, Thamer al-Ghadban said warned on Sunday that citizens would be affected by the closure of power plants.

“Any halt in gas production from oil fields will lead to the suspension of the 1,400-megawatt Rumaila Gas Turbines Power Plant,” Thamer al-Ghadban told state television.

“Any impact on the work of the oil fields will affect the supply of liquid gas to citizens,” he said.

The escalation of protests was met by a call from Prime Minister Adel Abdul Mahdi to the protesters to restore normalcy in Baghdad and other cities.

“There has been a month in which interests, schools and universities have been disrupted, and the time has come for life to return to normal and to prevent arson and attacks whatever they may be,” Abdul Mahdi said in a statement to the Iraqi people.

“The threat of oil interests and the cutting of port routes are causing huge losses in excess of billions,” Abdul Mahdi said.