SANAA, Oct. 21 (YPA) – Yemeni activists have circulated on social media websites pictures and video footage showing the rare and perennial trees of Socotra Island in Abu Dhabi, confirming previous reports that the UAE forces stole these trees during its occupation of the island.

A widely-circulated video shows an Emirati man boasting one of these rare trees after he placed it at the entrance of his house for decoration, confirming that it originated in Socotra Island, Yemen.

In early 2018, the UAE stole the rare and perennial trees from the Yemeni island of Socotra, in addition to large quantities of coral reef stones, rare birds and more others. 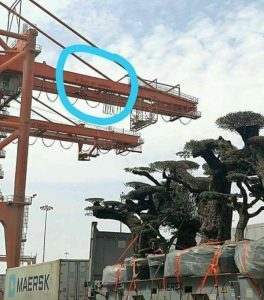 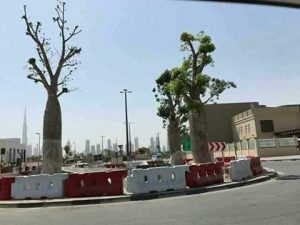 Observers of events in Yemen described theft as being done under the guise of restoring legitimacy, while the country’s monuments and resources are looted and its islands are occupied. 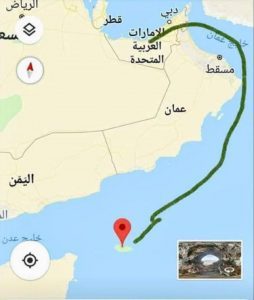 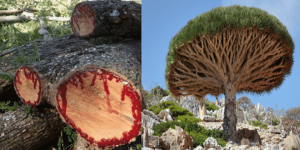 Dragon’s Blood tree, known locally as “Dum al-Akhawain” or blood of the two brothers, is considered one of the most important features of the island of Socotra archipelago. Its appearance on the streets of Dubai city has angered and frowned upon a large number of Yemeni activists and twitterers.

Activists accused the UAE of stealing the rare “two brothers blood” tree from Socotra and transporting it to Dubai. 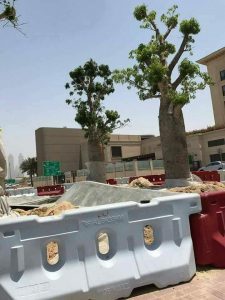 Yemenis believe that the UAE’s inferiority complex of not having history and civilization drives it to steal what it can from Yemen’s ancient civilization.