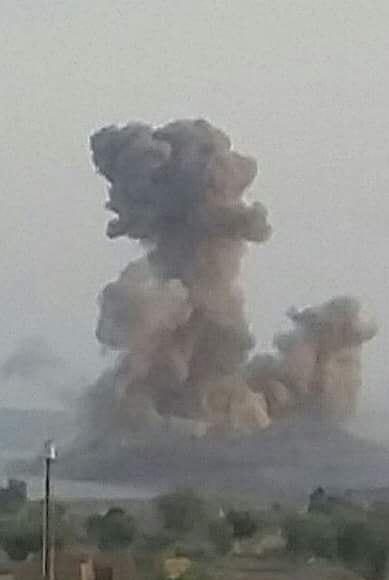 AMRAN, Sept. 23 (YPA) – At least seven civilians were killed, including women and children from the same family on Monday when the US-backed coalition aggression airstrikes launched three air strikes on a mosque in Amran province, a security official told Yemen Press Agency.

The airstrikes targeted the nomadic family of Saleh Muqaffah inside a mosque after they escaped from their tent in al-Sawad area.

In the early morning, coalition’s warplanes resumed raiding Al-Sawad area in Amran, bringing the total to 11 raids since Sunday midnight.

#Breaking: At least seven civilians, including women and children were killed from the same family in #Saudi-led air strikes on #Amran