YPC employees continue to protest in front of UN office 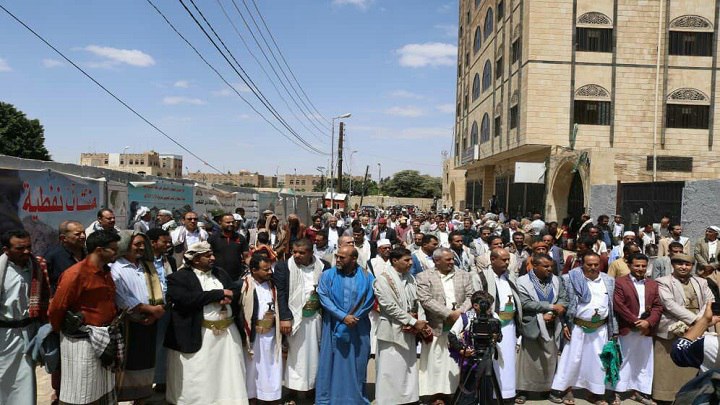 SANAA, Sept. 21 (YPA) – Yemen Petroleum Company employees continued to protest in front of the United Nations Office in the capital Sana’a for the 24th Friday. The protesters condemned the siege on ports and airports.

They held the United Nation responsible for the disaster that will befall the Yemeni People as a result of the continued detention of oil derivatives ships and delaying their arrival at Hodeidah port.

The participants renewed their demand to the United Nations to lift the siege imposed on Sana’a Airport and open the port of Hodeidah, the port of Salif and Ras Issa to oil, pharmaceutical and food vessels.

They condemned the silence and lack of response of the United Nations to their legitimate demands, despite the continuation of the protests.

Nasrullah: Stopping the war on Yemen will be less costly for Saudi Arabia and the UAE