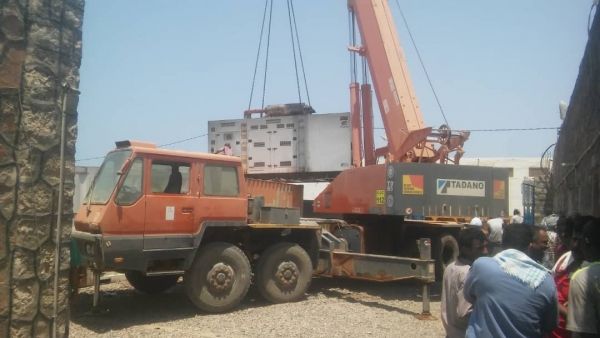 The generator and transformers were transported by a tanker belonging to the Khalifa Bin Zayed Foundation for Humanitarian Works and under the supervision of engineers of dexm power, a subsidiary of the same company, the statement read.

“The generator building is being destroyed to take and transport six more generators with feeder cables for generators from the old power plant,” the statement added.