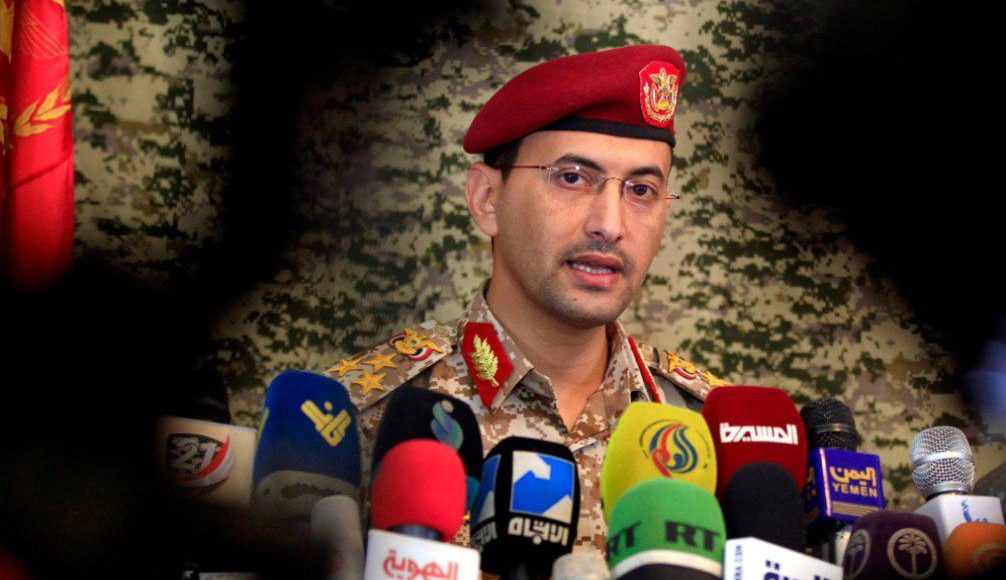 SANAA, Aug. 7 (YPA) – The Yemeni military spokesman, Brigadier General Yahya Sare’e has on Wednesday confirmed that dozens of mercenaries were killed and injured during a military operation in which 37 sites were cleared by the Yemeni army and Popular Committees near the Najran front.

“In the past few days, the army and Popular Committees have been able to clear and tighten control over 37 positions in Khub Washaaf district of Jawf province, bordering Najran region, in a successful offensive under title Operation Loyalty to the Martyrs,” the military spokesman said.

He added that the offensive attack was carried out by specialised units from different formations of the Al-Sammad Brigades, the 29 Mika Giants and 145th Infantry Brigade

Sare’e also indicated that the military operation in the first route of attack cleared 7 sites in the strategic Mountain Range of Waeyer. The second front, in which the entire of Salilah front was cleared and tightened succeeded in getting up to Wadi Madrek, and to meet the Waeyer Front.

Yahya Sare’e said that the operation has aused widespread confusion among the enemy, and has resulted in the death of more than 41 mercenaries and the injury of dozens of others, including military commanders. A number of others were captured, while the rest of them fled. The enemy tried to back up its mercenaries by launching dozens of raids, but to no avail.

“Our fighters foiled five attacks and three infiltration attempts of the mercenaries of aggression in a bid to retake the positions. [During this] the enemy incurred further losses,” the spokesman of the military said.

Brigadier General Yahya Sare’e praised the role of the sheikhs and the tribes, in paticular the Dahm tribe, for their standing alongside the army and Popular Committees in order to liberate their areas.