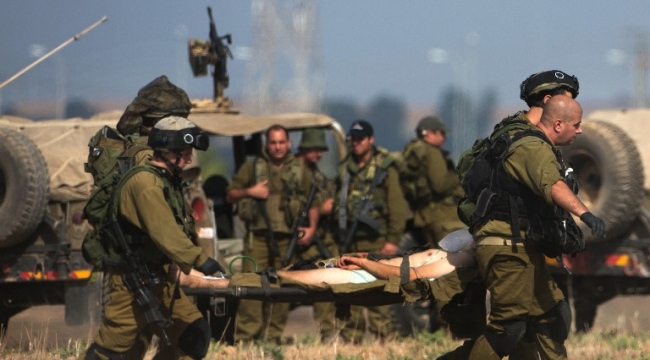 Three Israeli soldiers, including an officer, were wounded by Palestinian resistance snipers east of Khan Yunis, the media said, adding that the three soldiers described their wounds as minor to moderate, and were taken by helicopter to the “Sorka” hospital inside the Green Line for treatment.

Palestinian and Hebrew reports said that Israeli soldiers were ambushed by the East Resistance, injuring three of them.

A Maariv newspaper Hebrew confirmed that the soldiers have exchanged of fire with Palestinian resistance in east of Khan Yunis, without given more details.

#Breaking: #Yemeni_army_spokesman: The air-missile force carried out a joint operation on Jala military camp in #Aden