President Rouhani: Iran is ready to hold talks with Washington if sanctions lifted 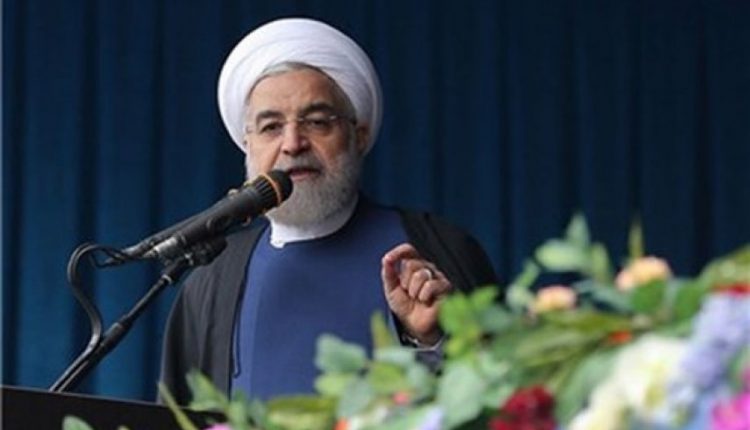 TAHRAN , July 15 (YPA) – President Hassan Rouhani has said on Sunday that Iran is ready to hold talks with the United States if Washington lifts the sanctions it has imposed on Iran and returns to the 2015 nuclear deal.
He Further confirmed the US sanction did not affect the Iranian people and it has failed in all its attemptsagainst Iran.
He stressing that the ultimate victory is for the great Iranian people in the confrontation with America.

Speaking on Sunday morning at a mass rally Sherwan in North Khorasan Province, President Rouhani said that for 14 months, the world’s biggest economic and military power has imposed the harshest embargo against the Iranian people, adding ” the ban, if imposed on any other people, would have collapsed.”

However, the valiant, intelligent and resistant Iranian people have resisted over this period with all their power and all attempts by the Americans, whether social, political or legal, have failed, he said.

The United States withdrew from the nuclear deal with Iran and called for a comprehensive deal that would limit Tehran’s nuclear and missile program and stop its intervention in the affairs of regional countries.

Iran has refused to accept to talk about anything beyond its nuclear program.

In 2018 the United States re-imposed the sanctions that had been lifted since Iran accepted the 2015 nuclear deal.