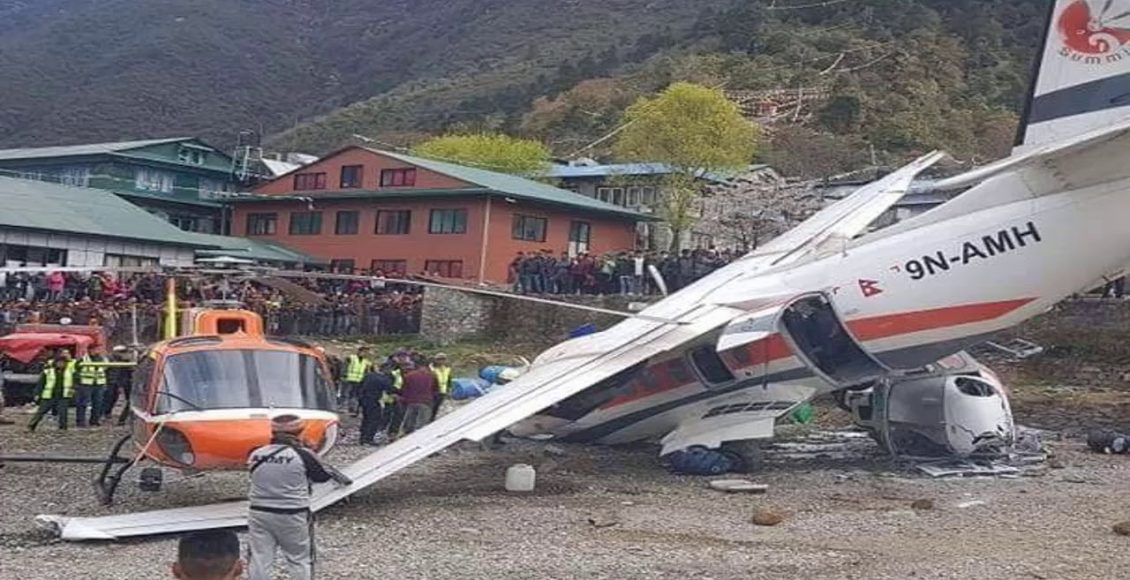 SANAA, April 14 (YPA) – A small plane veered off the runway and hit two helicopters while taking off near Mount Everest on Sunday, killing three people and injuring three, officials said.

The accident happened at Lukla airport which is the main gateway to the Everest region and is reputed to be one of the most difficult in the world for landings and take-offs.

A co-pilot of the turbo-prop Let-410 plane run by Summit Air bound for Kathmandu and a police officer on the ground were killed on the spot, Lukla airport official Ema Nath Adhikari told AFP.

Another policeman died in hospital in Kathma ndu, a police spokesman confirmed.

“The plane slipped towards the helipad during take-off and collided with two helicopters. The injured have been sent to Kathmandu for treatment,” Adhikari said.

“We are not sure about the cause of the accident.”

Pictures from the scene showed mangled and scorched wreckage of the plane and helicopters.