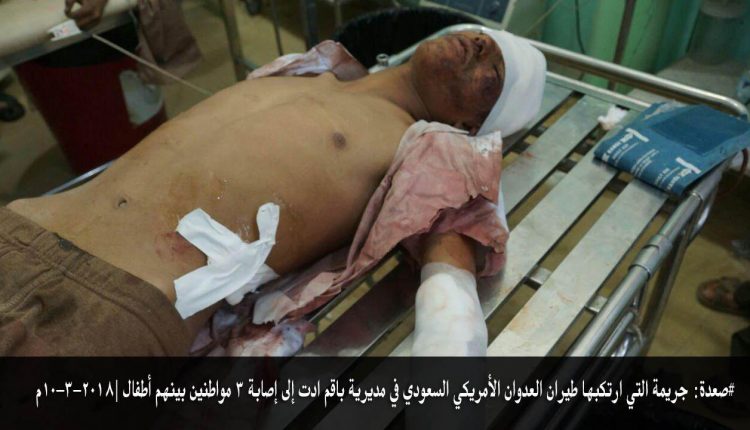 In Saada, the Saudi-led fighter jets launched five air strikes on several areas of Baqim border district; one of them hit a popular market in the same district ,leaving three civilians injured, including two children.

A child was seriously injured in Saudi rockets attack targeted al-Dhader district, while another one was injured in Razih border district when Saudi artillery bombed several areas of the same district, in addition to causing huge damages to the citizens’ houses and properties .

According to the official, the Saudi warplanes conducted seven air raids on al-Azhour and one air raid on Aqad area, while al-Ghor district was hit by Saudi artillery shelling.

In Taiz, the US-Saudi warplanes waged an air strike on Taiz international airport.

In Hajjah, the Saudi-led coalition warplanes carried out six airstrikes on Harad and Midi districts.