Sudan receives bodies of its soldiers who killed in Yemen 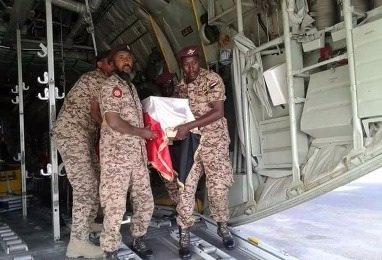 SANAA, Nov. 12 (YPA) – More than 17 bodies of Sudanese soldiers, who were killed in fighting of Yemen’s western coast in Hodeidah province, arrived to their county, Sudanese sources reported on Monday.

The sources added that more than one hundred wounded Sudanese soldiers from the battalion of the so-called “quick support” were transferred to receive treatment in the UAE, which participates in the leadership of the Saudi  coalition against Yemen.

The Yemeni army announced two days ago the targeting of a battalion of Sudanese soldiers in the Western Coast by a ballistic missile.