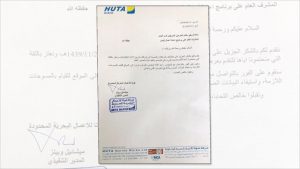 MAHRA, Sep. 22 (YPA) – Tribal sources revealed that Saudi Arabia companies established points for the project of the Saudi oil pipeline within the Yemeni territory, 30 km in the direction of the province of Mahrah, east of Yemen.

The sources confirmed that the company has worked to develop new points of the project in the desert areas of Dhahia and Shahr adjacent to the Khrakhir region in the far east of Mahrah province.

The sources pointed out that Dhahia and Shahr tribes has formed a committee to know the Saudi movements in the region, which the Saudi elements fired on the tribal committee, in clear preparation and occupation visible and strong.

Saudi Arabia is seeking to extend its oil pipeline from Kharakhir region for a period of 300 km, through the Yemeni regions to reach to Nashtoon port which Saudi Arabia is trying to turn into its own oil port on the Arabian Sea.

The tribes of Shahar, Dhahia and Qutaoua considered the Saudi project illegal and a violation of national sovereignty, while Mahara tribes continue their ongoing meetings to unify the ranks to repel Saudi expansion in Yemeni territory.