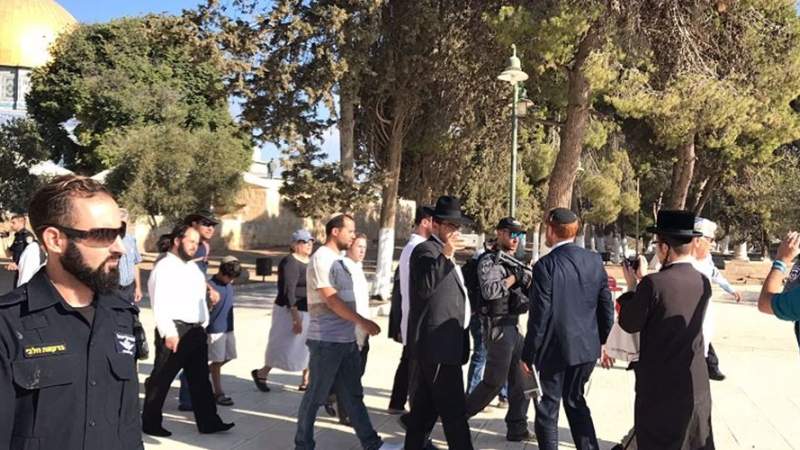 SANAA, Dec. 08 (YPA) – Dozens of Zionist settlers stormed Al-Aqsa Mosque on Thursday under tight guard from the police of the Zionist enemy.

The Islamic Waqf Department in Occupied Jerusalem reported that the settlers stormed Al-Aqsa in the form of groups from the Moroccan gate to the Chain Gate, carried out provocative tours and performed racist Talmudic rituals in the yards and courtyards of the mosque, especially in the eastern area of it.

Al-Aqsa is subjected daily, except Friday and Saturday, to incursions by settlers under the protection of the occupation forces, on two morning and evening periods, in an attempt to change the fait accompli by the maximum, and an attempt to divide it chronologically.