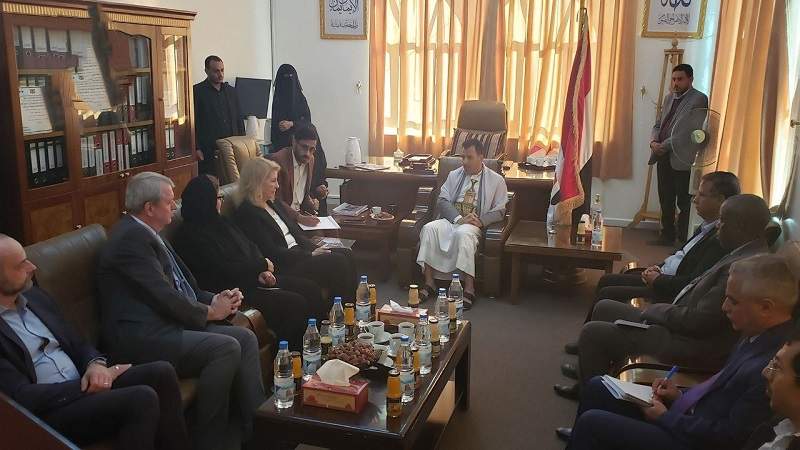 SANAA, Dec. 07 (YPA) – Minister of Health in the Sanaa government, Dr. Taha Al-Mutawakel, handed over on Wednesday a number of files on the Saudi-led coalition’s crimes against children and women in Yemen to UNICEF.

This came during his meeting with the Executive Director of the United Nations Children’s Fund (UNICEF), Catherine Russell.

During the meeting, Al-Mutawakel called on the organization to raise its voice loudly in international forums about the size of the disaster experienced by the children of Yemen, stressing that women and children were directly targeted by the coalition countries, which caused long-term psychological and physical suffering.

The minister revealed that the coalition has killed over 8, 000 thousand children and women for 8 years, pointing out that the crimes of the coalition being continued through the increase in cases of fetal deformities resulting from raids and cluster bombs.

He reviewed the needs of the health sector with regard to childhood, which UNICEF relied on to provide in order to guarantee the protection of newborns and children from deadly and life-threatening diseases through the provision of incubators and medicines.

For her part, the UNICEF’s official said, during her visit to Al-Sabeen Maternity and Childhood Hospital to brief on the health situation, that she would work to mobilize support by donors and work to alleviate the suffering of children in Yemen.

Child killed, three others injured by explosion of coalition weapons remnants in Hajjah