Morocco qualifies for FIFA World Cup Round of 16 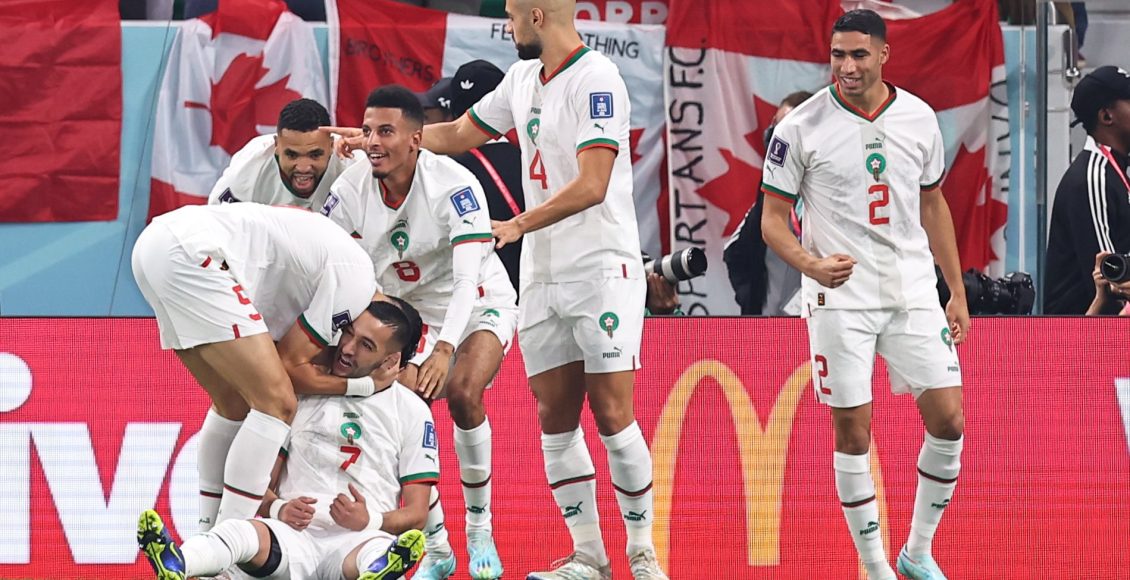 WORLD, Dec. 02 (YPA) – Morocco has the knockout stage of the 2022 World Cup on Thursday, after its 2-1 win against Canada in a Group F at the AL Thumama stadium.

Hakim Ziyech scored in the fourth minute, second fasted goal this edition, to provide an early lead to the African nation. Youssef El Nesyri followed suit and doubled the lead with a powerful shot inside the penalty box.

This is the first time that Morocco has qualified to the knockouts since the 1986 World Cup, where it lost to West Germany in the Round of 16.

With seven points from two wins and a draw, Walid Regragui’s side became the first African nation to top its group in World Cups since 1998.

Canada pulled one back courtesy of an own goal from Nayef Aguerd but it wasn’t enough in the end.