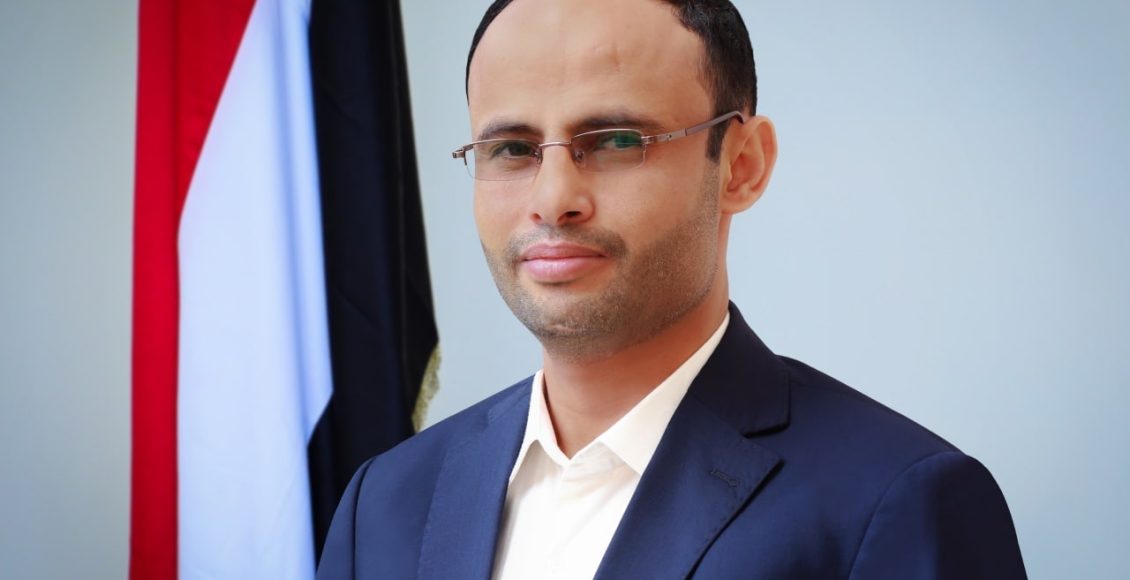 In his speech delivered on Tuesday on the occasion of the 55th anniversary of Independence Day, November 30, Al-Mashat stressed the need to expedite the payment of the salaries of the Yemeni people without procrastination.

He condemned the efforts of the coalition, backed by America, to obstruct the payment of salaries and disrupt peace efforts, considering this an aggressive act that will have consequences and repercussions.

Mr. President reaffirmed Sanaa’s firm position to protect the capabilities of the Yemeni people and prevent the plundering of its oil and gas wealth.

“The decision to protect wealth does not mean any threat to international navigation, as the coalition’s trumpets claim,” said Al-Mashat. Those who threaten navigation are those who continue their aggression, siege, and plundering the wealth of this people.

President Al-Mashat said that the Independence Day is a glorious and immortal day for the Yemeni people, and a “bitter day for the mercenaries and those involved in treason, because it distinguishes between the free patriot and the traitorous mercenary.”

He pointed out that today’s occupier is more insolent to interfere in the affairs of our country and to plundering our wealth.

Separately, President Al-Mashat praised the Palestinian people for it heroic operations in the face of the Zionist occupier, asking God for mercy for his martyrs, and for his wounded a speedy recovery.

Al-Mashat expressed his confidence that the jihadist renaissance in Palestine will have an important role in accelerating the demise of the Zionist occupation and completing independence.