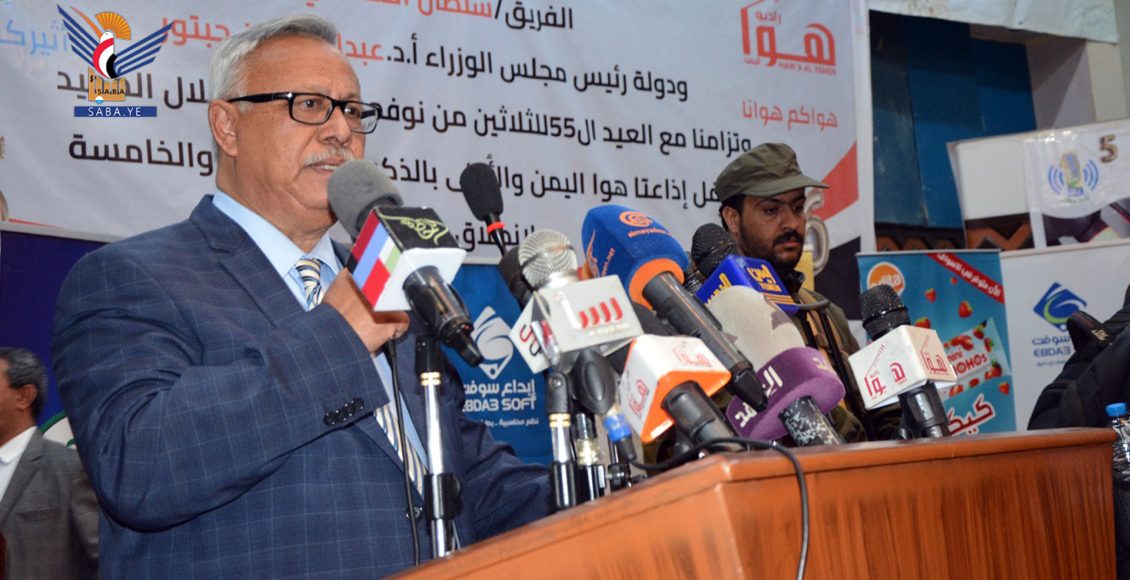 The Prime Minister made it clear, during his participation in the ceremony held by Hawa Al-Yemen and Al-Oula radio stations, on the occasion of the sixth anniversary of the launch of their official broadcasts, that the homeland needs every voice that confronts the aggression and contributes to conveying the voice of the oppressed Yemeni people abroad, at the Arab and international levels.

Dr. bin Habtoor pointed out that the aggressors are trying to justify their aggression and siege and claim that it is for the benefit of the Yemeni people.

He emphasized that the importance of the Yemeni media voice lies in refuting the lies of the Saudi-led coalition and delivering a free voice that conveys reality as it is without embellishment.

The Prime Minister hailed the radio’s achievement as a model for free media, which was able, with simple capabilities and in an exceptional and critical period, to present this strong and courageous voice.

He expressed his congratulations to Hawa Al-Yaman and Al-Oula radio stations and their leadership, professional and technical staff, as they celebrate the anniversary of their launch.