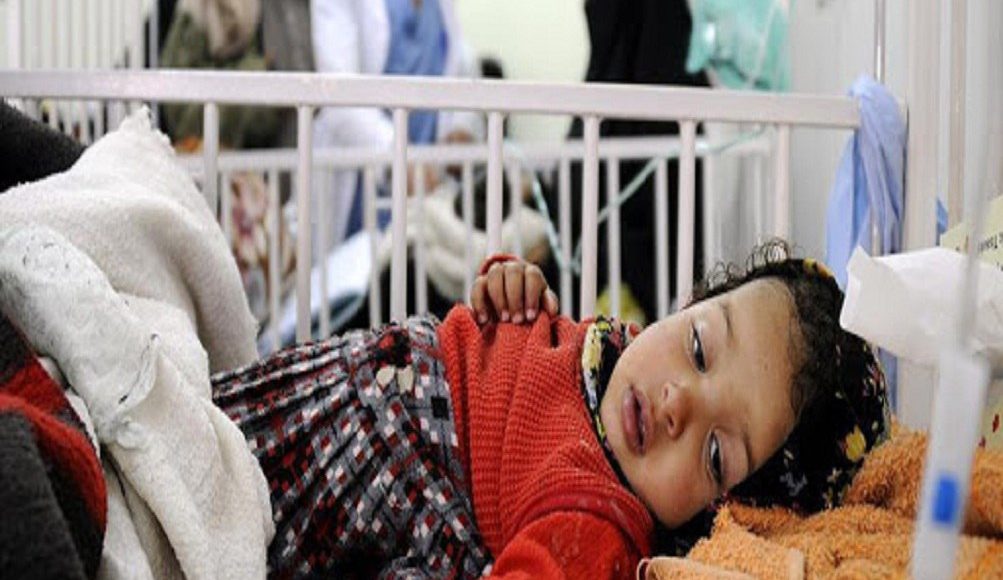 HODEIDAH, Nov. 17 (YPA) – The Ministry of Public Health and Population and local authority in Hodeida Governorate organized a press conference on the impact of the US-backed Saudi-led coalition aggression on the spread of malaria and dengue fever epidemics in Yemen and the Tihama (West) coast.

The Undersecretary of the Ministry of Health, Dr. Mohammed Al-Mansour, reviewed the efforts of the Ministry to combat these diseases, in which the coalition  aggression had the greatest role in spreading them.

He indicated that the continuation of the aggression and siege on Yemen contributed to the spread of diseases, especially after the plans to combat malaria faltered during the few past years.

Al-Mansour confirmed that dozens of cases of dengue and chikungunya fever have been recorded, which started from the Al-Jarrahi district in Hodeida, and spread to Hajjah Governorate, and the number of infections exceeded 100,000 cases by the end of 2019.

He explained that the number of deaths due to malaria and dengue fever reached more than 260,000 cases from 2015 until the end of 2019, despite the efforts made to combat epidemics.

Al-Mansour touched on the direct and indirect causes that led to the outbreak of epidemics, including aggression, blockade, and the suspension of the operational budgets of the health sector.

He explained the impact of the economic situation due to the aggression, which greatly affected the ability of citizens to access health services and medical diagnosis. He also explained that the closure of ports led to a delay in the arrival of one million and 500 thousand mosquito nets saturated with pesticides, and the deprivation of three million citizens of protection from diseases.

He held the coalition responsible for the deteriorating health situation and epidemic in Yemen, calling on UN to pressure the aggression to lift siege and open Sana’a International Airport and the port of Hodeida for the entry of medicines and medical supplies.

The Undersecretaries of Hodeida Governorate, Abduljabbar Ahmed and Mohammed Hulaysi, indicated that Hodeida is one of the governorates that suffer most from diseases, being a coastal governorate, which makes it suitable for the spread of diseases.

They stressed the importance of the role of the media in spreading awareness and community education on how to prevent diseases and limit their spread.

Director of the Public Health and Population Office, Dr. Khaled Al-Madani, reviewed the plans and activities of the office and its efforts in combating seasonal diseases and epidemics that spread in the winter in governorate.

5 killed, over 10 injured in terrorist attack in southwestern Iran