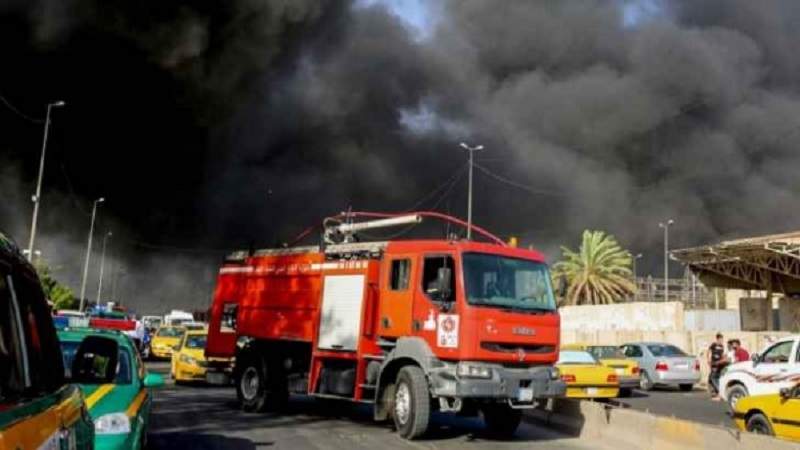 SANAA, Nov. 16 (YPA) – The Iraqi Civil Defense Directorate announced on Tuesday that a huge fire broke out inside the cafeteria of the departure lounge at Baghdad International Airport.

The Iraqi news agency quoted the directorate in a statement, saying: “its teams have rescued three workers who suffered from suffocation due to the intensity of smoke”.

The statement pointed out that the fire caused smoke columns to rise and sirens to sound.

The Civil Defense Directorate announced in a previous statement that “civil defense teams are currently heading to extinguish a fire incident that broke out inside the departure lounge at Baghdad International Airport”.

Al-Qaeda mobilizes its fighters on outskirts of Taiz