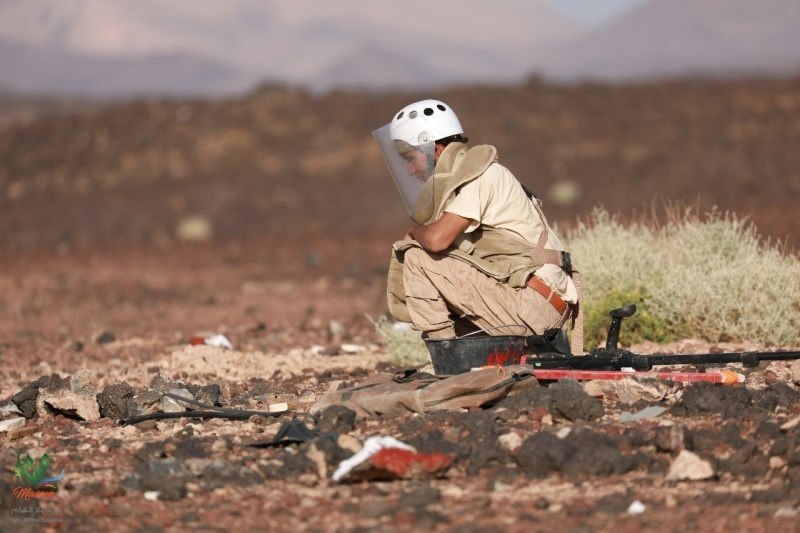 SANAA, Nov. 13 (YPA) – The Executive Center for Mine Action revealed that its field teams have discovered and collected 1,666 remnants of the US-backed Saudi-led coalition aggression, including various mines, explosive devices, and shells, during October.

The Center reported that its field teams were able to survey three districts in Bayda, and identified 36 areas contaminated with remnants of war with an area of 670,000 square meters. An area of 171,000 square meters was marked as mined fields.

The Center indicated that its teams in Hodeida cleared an area of  142,728 square meters of US-Saudi remnants.

The Center stated that the number of beneficiaries of awareness-raising activities on the dangers of mines and remnants of war reached 88,755 citizens in 11 districts in three governorates.

The Executive Center for Mine Action had revealed the death and injury of dozens of civilians as a result of the explosion of the remnants of the aggression from mines and cluster bombs since the beginning of this month, due to the aggression’s failure to allow the entry of the necessary equipment to clear the affected areas.