Aden to be on brink of stormy changes after differences between Riyadh, Abu Dhabi 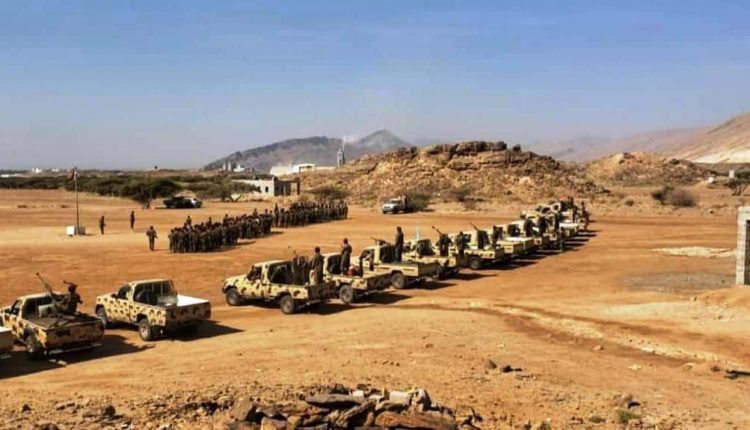 SANAA, Nov. 09 (YPA) – The accelerating events in the city of Aden are taking a confusing situation in light of the growing sharpness of the differences between Riyadh and Abu Dhabi and their emergence to the public in an unprecedented way.

According to a report, several activists from the city of Zinjibar in Abyan reported that they saw the passage of military vehicles coming from Shabwa province towards the city of Aden.

The Saudi reinforcements came to Aden, in light of a state of tension in the city, between the coalition and its local forces, after Saudi Arabia deployed armed men from the polarized factions in favor of UAE-backed Tariq Saleh, in the vicinity of the Maashiq Palace and Aden Airport, in response to the attacks. What some considered a rebellion by the Southern Transitional Council (STC) forces of Abu Dhabi and their refusal to implement the agreement sponsored by Saudi Defense Minister Khalid bin Salman, during the meeting he held with “members of the Saudi-formed Presidential Council” early last October.

In a related context, calls issued by the leaders of the STC have increased, for the necessity of confronting the Saudi forces in the city of Aden, in response to what was described as “disrespect of southern sovereignty by Saudi Arabia” and seeking to impose strange military components on the “southern fabric,” in reference to Tariq Saleh’s forces. The station is close to the northern outskirts of the city of Aden, for a week.

Activists affiliated with the “STC” accused Saudi Arabia of seeking to reduce the influence of the STC Council in the coalition-held areas, south and east of Yemen.

Despite the fiery statements made by the leaders of the second row in the STC, which has officially committed to silence, regarding the accelerated Saudi moves in the city of Aden, which, according to observers, seem to “lead to stormy changes that may lead to the loss of the STC’s absolute dominance over Aden, but without the STC losing its political presence that seeks to divide Yemen.”

The leaks received from the city of Aden today talking about the failure of the leadership meeting of the STC Council, following the intensification of differences between the leadership of the Council and the exchange of accusations of changing the compass of loyalty towards Riyadh, instead of Abu Dhabi, in a new indication of a Saudi penetration of the STC.

In addition, the head of the STC, Aidarous al-Zubaidi, has been detained in Riyadh since the beginning of last October, due to the existing conflicts between members of the “Presidential Council,” which Abu Dhabi holds most of its seats through its allies in Yemen, which prompted a number of leaders and supporters of the STC Council to believe that the Emiratis would be in full understanding with Saudi Arabia for reducing the services of the STC in southern Yemen.

Statistics of 2,800 days of aggression against Yemen released