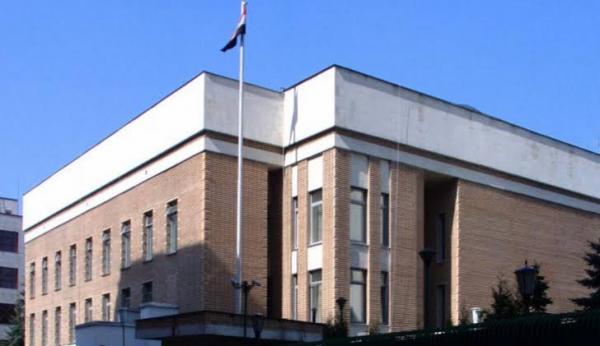 SANAA, Nov. 02 (YPA) – Ministry of Foreign Affairs of the Sanaa government called on the Russia to intervene and help preserve the property of the Republic of Yemen in the Russian Federation.

In the letter, Sharaf praised the depth of official and popular relations between Yemen and Russia.

“Moscow would understand the nature of the situation during the period of aggression and not abandon any property belonging to the Republic of Yemen, which is being subjected to military aggression and an unjust siege,” he added.

Sharaf pointed out that the future government and authorities in Sanaa would then work to address any problems related to the properties of Yemeni diplomatic missions and consulates abroad.

#Breaking: A citizen and his wife were injured in coalition artillery attack in Al-Silw district of Taiz

Leader of the Revolution: US does not want peace in Yemen because it benefits from…