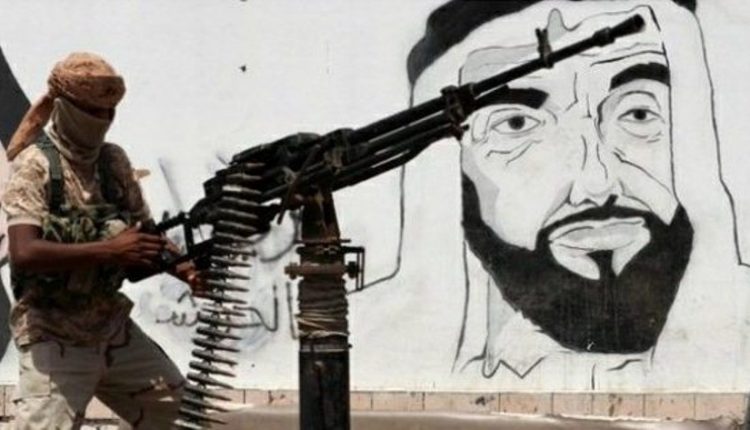 ADEN, Sept. 26 (YPA) – The UAE-Saudi coalition’s militias prevented on Monday the Yemeni people from celebrating the 60th anniversary of the September 26 revolution in most of the southern provinces of Yemen.

Local sources reported that leaders of the UAE-backed Southern Transitional Council (STC) militias prevented the organization of any events to celebrate the revolution, and dozens of its supporters demanded that the celebrations be foiled in the city of Aden and the rest of the main cities in southern Yemen, and that the celebration be satisfied in the Islah-held city of Marib.

The sources emphasized that the STC militias confronted the activities of the September 26 revolution in the city of Seiyun of Hadramout, by calling for demonstrations, and demanding the withdrawal of Islah’s “First Military Region” forces from the Wadi Hadramout districts.

The STC’s supporters attacked a number of cars flying the flag of the Republic of Yemen in the streets of Seiyun, amid silence from the leadership of the Saudi forces and at the behest of the UAE in perpetuating the culture of disruption among the Yemeni people, to loot their natural wealth of oil, gas and fish.

Last week, the leaders of the STC militia vowed to arrest the participants in the celebrations of the revolution in Aden and other southern cities, with the aim of preventing the celebration of the Yemeni revolution day inside Al-Ma’ashiq Palace taken by the Presidential Council formed by Riyadh and the coalition-backed government of Maeen Abdul-Malik.