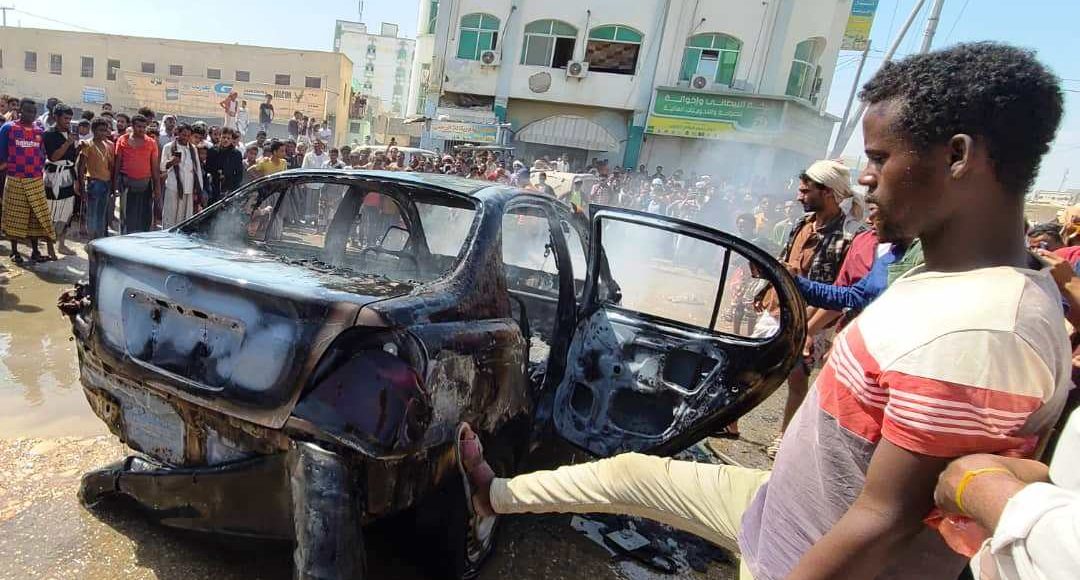 MAHRA, Sept. 23 (YPA) – A car belonging to a citizen caught fire on Friday, in the center of the city of al-Ghaydah, the capital of Mahra province, eastern Yemen.

Local sources reported that the fire broke out in a “Taxi”, suddenly while it was passing through one of the streets of the city, suggesting that the fire was caused by a short circuit.

No casualties have been reported, one of the sources said.

Citizens rushed to the scene and were able to put out the fire that completely devoured the car, the sources added.