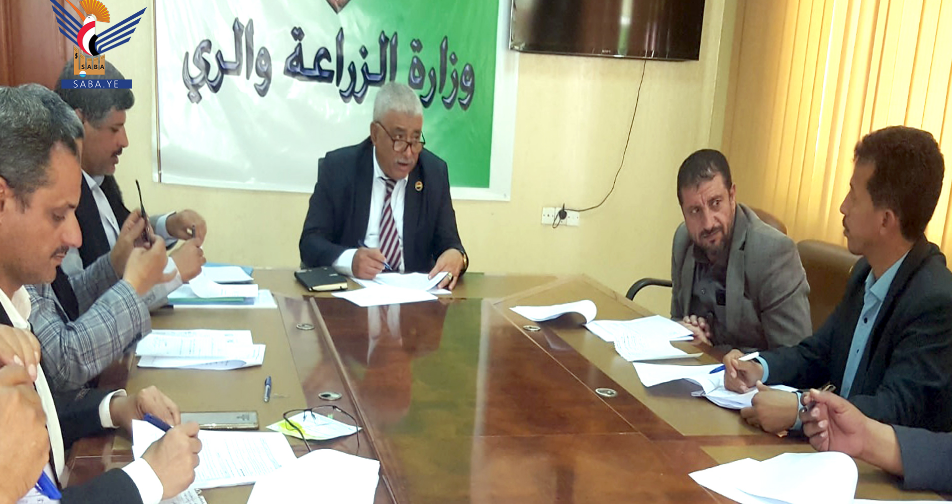 SANAA, Sept. 07 (YPA) – The General Company for the Production of Potato Seeds on Wednesday confirmed the increase in its production of seeds and the achievement of self-sufficiency in covering local needs.

The company explained that achieving self-sufficiency in potato seeds resulted in stopping the import of about 1,900 tons of seeds, equivalent to two million dollars.

The Minister of Agriculture and Irrigation, Eng. Abdulmalik Al-Thawr, while chairing a meeting of the board of directors of the General Company for the Production of Potato Seeds, praised the qualitative leap that the company had achieved in the production of tissues, raising its productivity of potato seeds and contributing to achieving food security.

He pointed out that the company has proven its ability to overcome the challenges that the country is going through as a result of the aggression and siege, and was able to present a successful model and reach self-sufficiency in seed potatoes.

3 officials in Sanaa referred for investigation

Yemen is self-sufficient from potatoes seeds