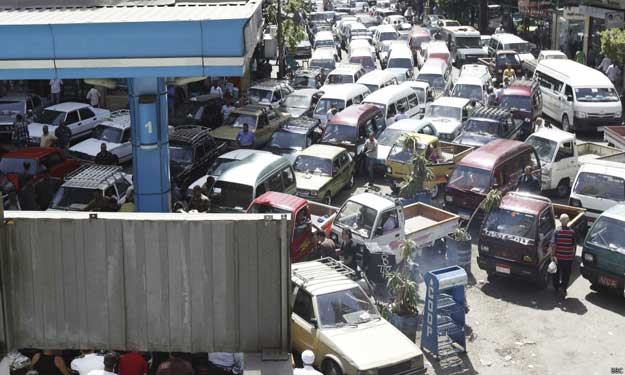 SANAA, Sept. 07 (YPA) – A Saudi-led coalition has imposed a land, sea and air blockade on Yemen, since the beginning of the war in 2015 until today.

According to a report issued by Yemen Press Agency on Wednesday, the coalition has continued to use all means that harm the Yemeni people economically, healthily, and educationally, and does not care about the suffering that the whole world witnessing and condoning its details.

Recently, the coalition and the Sanaa government agreed to a “truce” under the auspices of the United Nations, which entered into force on April 2, 2022, and the coalition was doing its best to extend the truce, which was accepted by the Supreme Political Council in Sanaa, according to specific conditions that can be expanded in the case of the coalition adheres to the agreed terms.

One of the most important conditions of the truce was to lift the blockade and allow fuel ships to reach the port of Hodeida, as the most basic right of a people is killed by war on a daily basis. But what happened that the truce was breached across some fronts, in a clear provocation by the coalition against the Sanaa forces, who adhere to restraint with every breach.

Today, the coalition has evaded the condition of bringing fuel ships to Hodeida, and it knows the consequences of what this barbaric intransigence will cause, towards the Yemenis and their needs.

Here in Yemen, more than twenty million Yemenis are condemned to a slow death, due to the prevention of oil derivatives from reaching society, which the coalition does not care about.
Difficult conditions are experienced by the Yemeni citizen, whose monthly “salary” was robbed by the coalition and its tools, and the brunt of the war was unforgiving, young or old, compounded by a brutal coalition with absurd and unjustified behavior, aiming behind cutting off the access of oil derivatives to the extermination of the people, as oil is not only linked to means of transport, but the basis for operating the health facilities needed by patients, in addition to the service facilities from which the lack of oil derivatives has dire consequences.

Through the practice of these actions, the coalition confirms that it wants to avoid its military impotence, to kill and destroy the people in these ways that are incompatible with values, principles and humanity, even if the war existing.

The crises of oil derivatives on the water sector in Yemen lead to catastrophic repercussions, resulting in the inability of about 55% of the population to access safe water sources and to go to unimproved water sources. The difficulty of obtaining water has resulted in the spread of some diseases such as cholera, diphtheria and Covid 19 – with the continuing crisis of lack of oil derivatives.

Meanwhile, the fuel crisis and its associated high costs of transportation and production is a major challenge leading to disruption of livelihoods, and is estimated that the percentage of the population below the national poverty line increased by about 30 percentage points from 48.6% in 2014 by Household Budget Survey to 78.8% in 2018, in addition to poverty rates are expected to exceeding 80% during the coming period.

Since the start of the truce announced on April 2 to Sept, only 33 out of 54 fuel ships entered Hodeida ports, according to the main points of the armistice agreement, according to the official spokesman of the Sanaa Oil Company.

During the second extension of the truce on last August 2, the coalition did not allow any fuel vessel to enter the ports, according to statements by the Sanaa-based oil company.

On the other hand, the United Nations sponsors agreements under the pretense of “humanitarianism,” and its envoy in Yemen, Hans Grundberg, confirms always he is seeking a broad truce, leading to lasting peace; But there is a clear and blatant contradiction between what Grundberg says and what the coalition is doing on the ground, while the Political Council in Sanaa presents initiatives to end the war, the coalition provides fuel to ignite war and tragedies, without regard for any agreement or clauses.

Logically, the coalition thwarted the “truce.” Its insistence that it return to before the second of April 2022 means its breach of the agreement, with the UN blessing, which continues its role in chanting the Yemeni suffering and is satisfied with the aggression and continues to count the number of victims, including children, the elderly and women, to provide that the bloody toll involved in it is tragic statements covered with the blood of Yemenis.

With all the military and humanitarian violations committing in Yemen, the coalition leaves no room for doubt that it does not want to end the war and lift the siege, and it seems that the decision to continue the war is now being cooked by the coalition with quiet fire.

What is behind coalition’s military arrangements towards Yemen?

3 officials in Sanaa referred for investigation