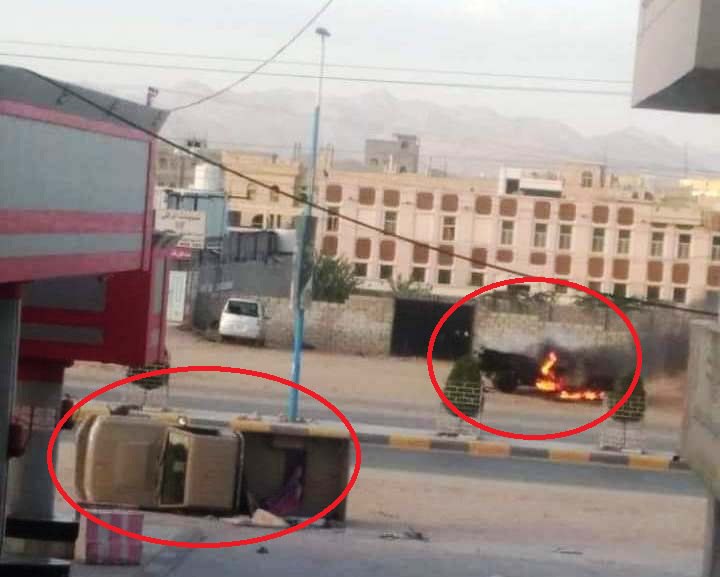 SHABWA, Aug. 08 (YPA) – Military confrontations reputing between the Saudi-led coalition factions have led to about 24 dead and wounded in the oil-rich province of Shabwa, east of Yemen, according to medical sources on Monday.

The sources affirmed that the fierce clashes happened between the UAE-funded al-Amaliqa militias and the “Special Forces” of the Saudi-backed Islah Party in the city of Ataq, the Shabwa provincial capital, noting that several senior commanders were among the dead.

The sources added that a number of the military vehicles were destroyed during the clashes.
Several militants of the “Special Forces”, led by Abed Rabbo Lakab, managed to take over a number of security points, in addition to the entrances to Ataq city.

The sources pointed out that the leader of the so-called Shabwa Defense in al-Amaliqa forces, Saeed Abdullah Al-Khulaifi, and the commander of the battalion in the “30th Brigade backed by the UAE forces, Shaqm Al-Barassi, were killed, including several sons of Yafa and Dhalea, in the confrontations.

Dozens of families have been displaced from their homes as a result of the clashes.