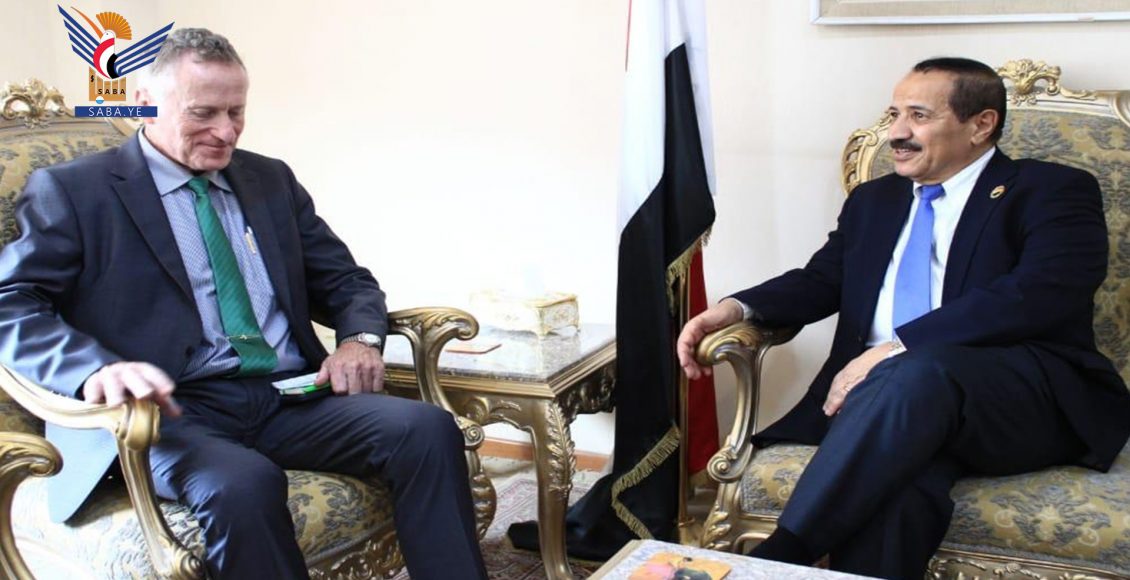 SANAA, Aug. 07 (YPA) – Minister of Foreign Affairs, Hisham Sharaf,  reviewed in Sanaa with Head of the United Nations Mission to Support Hodeida Agreement (UNMHA) – Chief of the Coordination Committee for the Redeployment, Major General Michael Beary, the mission’s activities in the previous period.

In the meeting, Sharaf stressed the importance of committing to the implementation of the Stockholm Agreement, indicating that “the Saudi-led aggression coalition countries and their allies are still targeting civilians in the Hodeida province.”

The Foreign Minister considered the truce, which was recently extended for the third time, an opportunity to implement many confidence-building measures, as a necessary step to enter into any settlement to achieve peace and neutralize the economy.

He pointed to the importance of stopping the manipulation of the national currency, ensuring the entry of ships of oil derivatives, domestic gas, foodstuffs and commercial goods in all its forms, paying the salaries of all state employees, reopening Sanaa International Airport to more than one destination.

Sharaf affirmed that Saudi Arabia and the UAE were a major cause of the confusion and transfer of the functions of the Central Bank of Yemen, and they should support the arrangements for paying salaries.

He pointed to the keenness of the Sanaa authorities to provide facilities and support to the team and the redeployment mission in Hodeida, and to continue coordination and consultation, to ensure the success of their tasks and the implementation of their programs.

For his part, the head of UNMHA confirmed the continuation of the Redeployment Coordination Committee’s work as required.

He expressed hope that all parties would cooperate to complete their work requirements and achieve the desired goals of the presence of the UN mission in Hodeida.

Child injured due to cluster bomb explosion in Saada