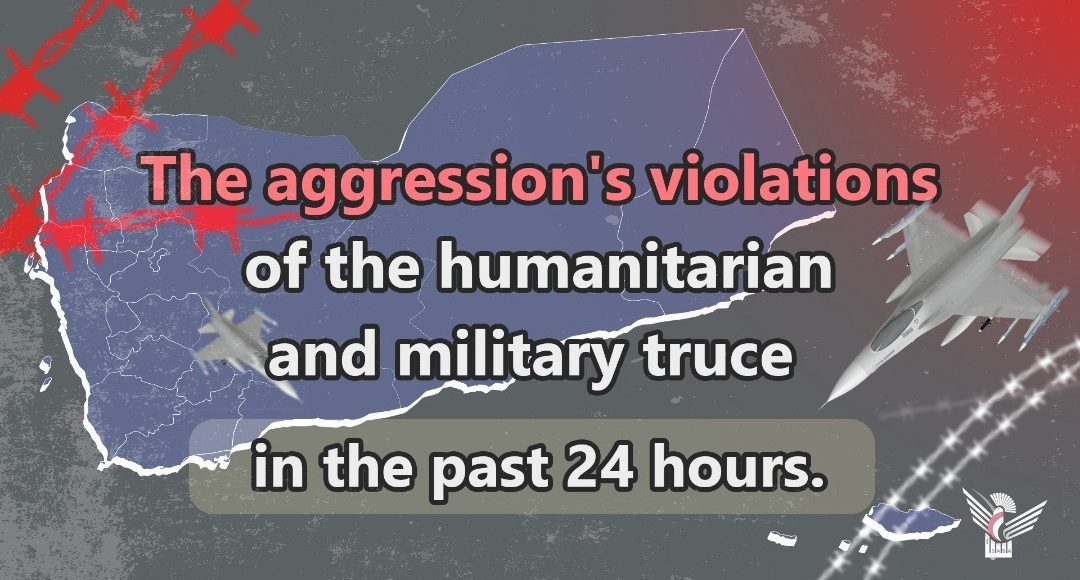 The source pointed out that the breaches included an air strike of reconnaissance planes at citizens’ homes and army’s sites in Maqbana area of Taiz.

The mercenaries created new combat fortifications in surrounds of Marib city and east of Hays district in Hodeida province.

He also confirmed that 44 violations by an artillery shelling were recorded at the army’s sites in Marib, Hajjah, Saada, Hodeida and border fronts.

The source mentioned that an artillery bombardment attacked the army’s sites in Al-Balq Al-Sharqi and Malaa areas of Marib, Hays and Tuhayta districts of Hodeida, Bani Hassan, Haradh and Al-Mazraq areas of Hajjah, Al-Madafin and Al-Malaheedh districts of Saada.

The source pointed out that an artillery shelling targeted sites of the Yemeni army in Maqbana area of Taiz, Al-Amood of Wadi Jara and Tabat Kamila areas of Jizan border province.

In addition, the source declared that 102 breaches were recorded, with heavy shooting at citizens’ homes and sites of the army and popular committees in Marib, Taiz, Hajjah, Saada, Hodeida, Dhalea and border fronts.

Sanaa’s going to truce confirms its seeking to alleviate suffering of people: Official