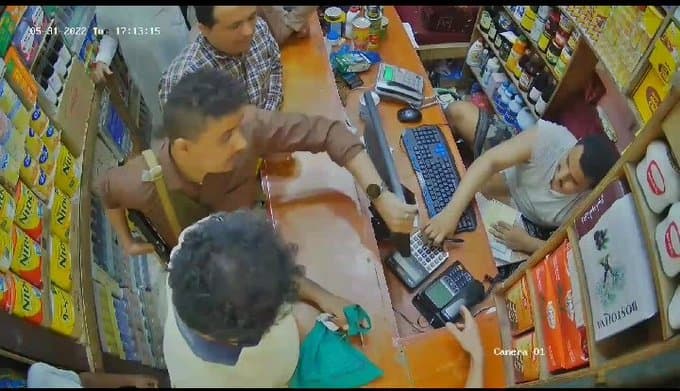 Activists posted on social networking sites a video clip of the kidnapping of the merchant Hisham Al-Zuraiqi.

Activists said that an armed gang affiliated with Shawqi Saeed Al-Mikhlafi, brother of the Islah militia leader in Taiz province, Hamoud Al-Mikhlafi, kidnapped the merchant Hisham Al-Zuraiqi from his shop in the wholesale market in Taiz, which is under the control of the Islah party militia.

Shawqi Al-Mikhlafi’s gunmen also kidnapped the merchant Hammadi Hazaa Al-Zuraiqi, the owner of Al-Zuraiqi electronics store on Jamal Street, and took him to an unknown destination.

Activists pointed out that the reason for the kidnapping came after a dispute broke out between armed groups from Mikhlaf Sharaab and a person from the sons of Al-Zariqa in the city of Al-Turba in Al-Shamaytayn District a few months ago.