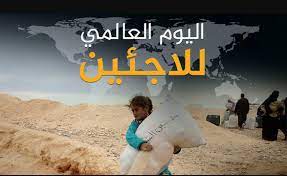 SANAA, June. 20 (YPA) – The Center for the Studies of Migration, Refugees and Displaced Persons at Sanaa University organized on Monday an event to commemorate the anniversary of World Refugee Day.

In the event, In the event, the head of Sanaa University, Dr. Al-Qasim Abbas, revealed that the university, under the supervision of the National Committee for Refugees at the Ministry of Foreign Affairs, has allocated free seats for refugees and immigrants in Yemen in the university’s various faculties.

He pointed out that Yemen ratified the Convention relating to the Status of Refugees of 1951 and the Protocol of 1976 and 1980, and had become a member of the International Refugee Convention and its annex, which guarantees the right of refugees and migrants to security, housing, work and other rights.

Al-Qasim Abbas spoke about the effects of the Saudi-led aggression coalition and the siege and its negative repercussions on the Yemeni people, who have been deprived of their right to live in safety in light of the land, sea and air blockade imposed for 8 years, expressing regret that international organizations have failed to play their role towards stopping the aggression and lifting the siege for alleviating on the Yemeni people and its suffering.

The event was organized by at Sana’a University, in partnership with the United Nations High Commissioner for Refugees (UNHCR).