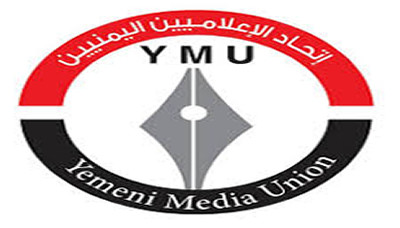 SANAA, Jun. 17 (YPA) – The Yemeni Media Union (YMU) on Thursday condemned the assassination of the journalist Saber Noman Al-Haidari, a reporter for Japanese tv, in which an explosive device was planted in his car and detonated on Wednesday in the port city of Aden.

The YMU said that “the crime was part of a series of systematic crimes against journalists and media professionals in the occupied territories, the latest of which was the killing of  journalist Rasha al-Harazi, several months ago, according a statement carried out by Yemen News Agency Saba.

The statement blamed the occupation authorities in the southern regions and provinces for this crime, calling for the protection of journalists and media professionals in these provinces who are being targeted due to the insecurity and terrorist operations at the hands of militias funded by United Arab Emirates occupation forces.

The statement called on the United Nations to condemn the killing of journalists in Yemen, primarily in reference to the crimes of the Saudi coalition.

It further called for establishing journalists as neutral parties and to press for greater protection over Yemeni media professionals, who are working under extremely dangerous conditions.