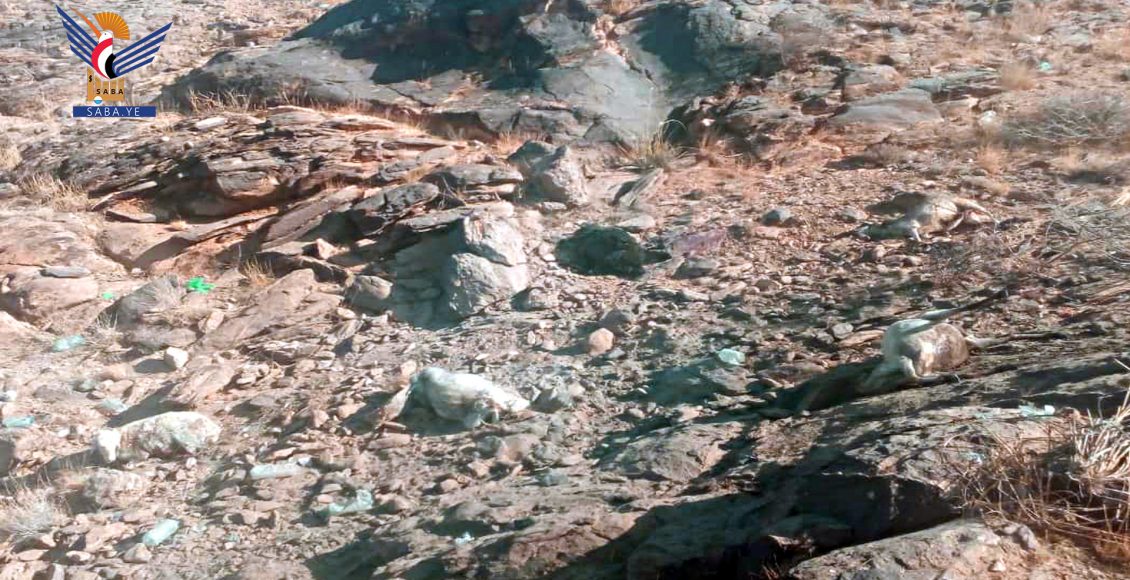 MARIB, Jun. 01 (YPA) – More than 50 sheep and camels died as a result of the explosion of mines left over by the Saudi-led coalition and its mercenaries in Jabal Murad district of Marib province during the month of May.

Director of Jabal Murad district, Mohammed Muftah, said in a statement that the death of these sheep and camels was recorded as a result of mine explosions in a number of areas, the latest of which was the explosion of two mines in Haid Bin Aqil area during the past two days, which caused the death of 16 sheep.

Muftah called on the concerned authorities to move to clean the district of the mines planted by mercenaries and the remnants of the war from missiles and unexploded bombs, noting the importance of supporting the efforts of the local authority in raising awareness of the community, which contributes to avoiding the dangers of these remnants that pose a threat to the lives of citizens.