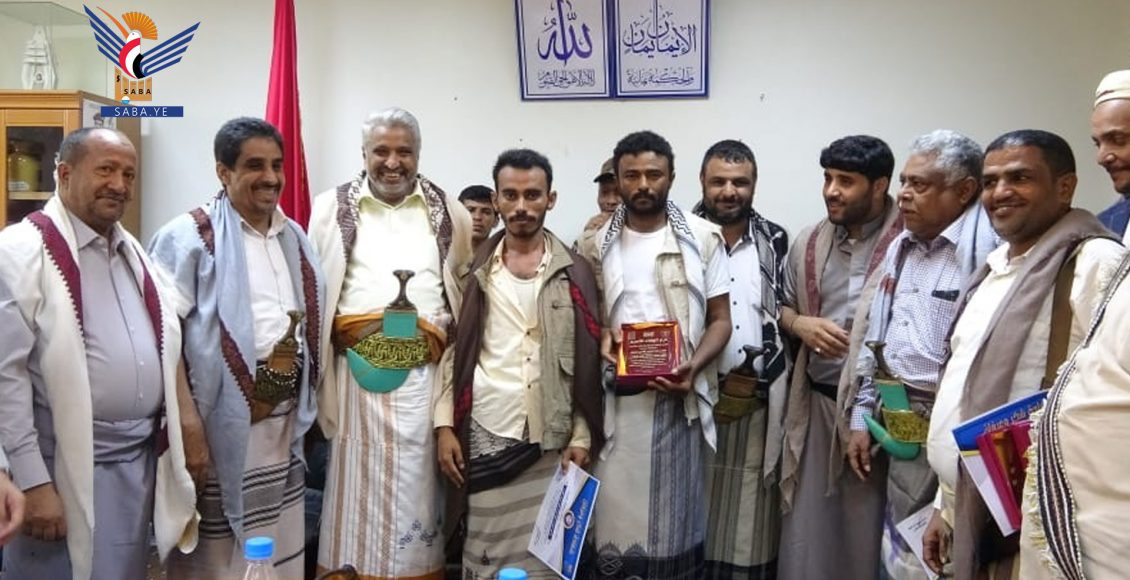 During the reception, Quhaim praised the prisoners sacrifices in coalition’s prisons and various fronts and all heroes of the army and popular committees in facing the aggression.

He also called on the United Nations and Human Rights organizations to put pressure on the forces of aggression to implement the Sweden agreement and to release all the prisoners.

On the other hand, the released prisoners expressed their thanks, affirming continuing the steadfastness against coalition until achieving the victory.

The prisoners were honored with sums of money, dhield of loyalty and certificates of appreciation.

A number of directors of executive offices in the governorate attended the reception and the tribute.