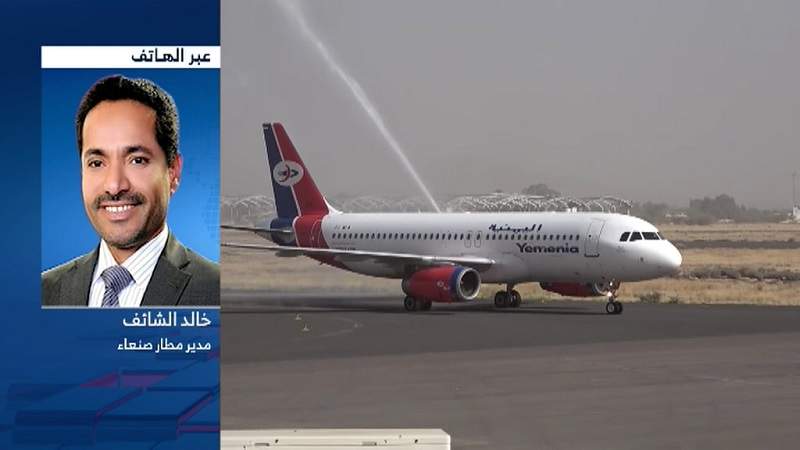 SANAA, May 17 (YPA) – The director of Sanaa International Airport, Khaled Al-Shayef on Monday said that the airport administration had asked the UN to compensate the flights that were scheduled for the past weeks.

He explained that the take-off of the first commercial flight proves the airport’s readiness and refutes all allegations promoted by the US-Saudi aggression.

It is noteworthy that the Undersecretary of the Civil Aviation Authority and Meteorology, Raed Jabal, noted earlier on Monday  that Sana’a International Airport is ready to receive commercial flights in accordance with international safety standards, calling on the UN to continue operating commercial flights and to make up for the flights that were scheduled in the past weeks.

Recently, the first commercial flight took off from Sana’a International Airport Monday morning towards the Jordanian capital, Amman, after weeks of procrastination by the forces of aggression in implementing the truce, of which only 15 days remained.