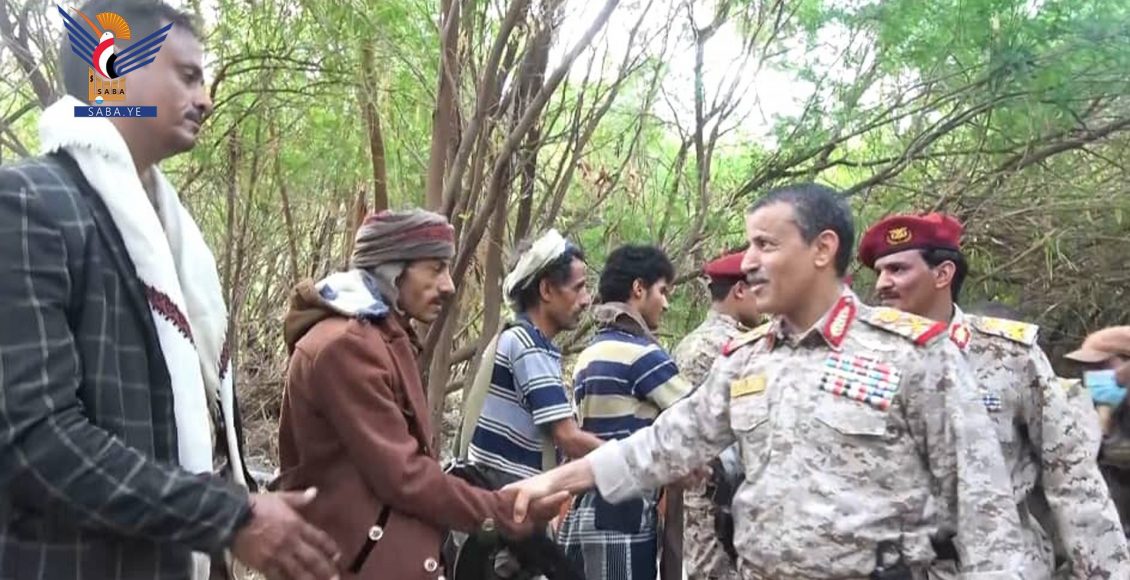 The minister affirmed, during his visit on Sunday to the army and popular forces stationed on the fronts of Jizan, that the armed forces are keen to keep pace with the overall developments required by the battle of modern weapons in the field despite the siege and the aggressive war on Yemen.

“We in Yemen are keen on the just and honorable peace, as much as we are ready to confront the worst possibilities,” he said.

The minister went on to say: “One of the most important goals of the declared and undeclared coalition countries in Yemen is to subject the Yemeni people to give up its sovereignty, freedom, decision, unity, wealth and strategic location in the service of the Zionist entity.

Al-Atefi added: “It is time to stop the farce of aggression, and lift the siege and leave from Yemen.”

The Minister of Defense conveyed to the fighters on the fronts of Jizan the congratulations and of the Leader of the Revolution, Abdul-Malik al-Houthi, and the Supreme Political Council on Eid al-Fitr.

Palestinian prison died of a bullet wound in Jenin