Yemen warns against attempts to change demographic identity of al-Quds 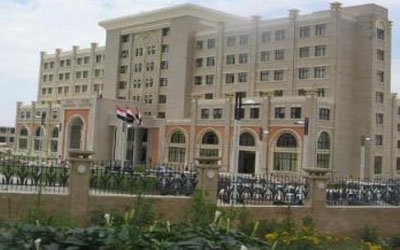 SANAA, Feb. 18 (YPA) – Minister of Foreign Affairs, Hisham Sharaf, has warned against attempts being continued by the Israeli entity to change demographic identity of al-Quds city.

The minister affirmed in a statement that the US-Saudi-Emirati coalition and its siege that have created the worst humanitarian catastrophe the modern world has known, but the Yemeni leadership and people would follow with interest the developments of the situation in the Palestinian territories.

Sharaf called for the international community to intervene to stop the inhumane abuses, warning of the consequences of the continued escalation of the Zionist occupation forces, which threatens the security and stability of the region.

The minister called on the UN Security Council to assume its responsibilities in protecting Palestinian civilians.