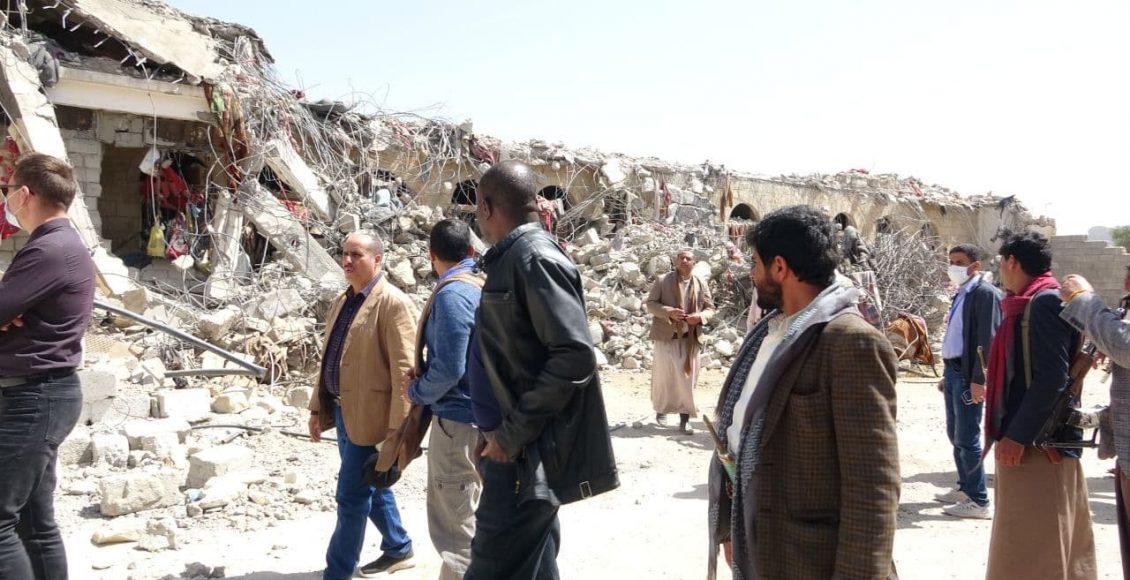 SADAA, Feb. 10 (YPA) – An United Nations Security Adviser in Yemen, visited on Thursday the scene of the crime committed by the Saudi-led coalition warplanes against the reserve prison in Saada province.

During the visit, accompanied by the director of the reserve prison, Aref Jalham, the UN visiting assessment team expressed the ugliness of the crime of the prison, which the buildings and housing units of the United Nations organizations are close to.

The team listened to an explanation by Jalham about the extent of the heinous crime against the inmates, stressing that the number of prison victims amounted to 93 dead and 300 wounded, in addition to 30 others in the reserve prison whose bodies had been cut up and their identities not known.