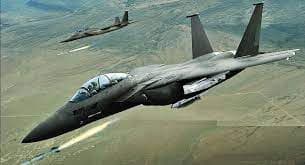 According to security official, affirmed that the warplanes targeted Marib with 20 raids, including 12 strikes on al-Wadi and al-Jouba districts, 4 others on Serwah district, as well as 4 on Harib district.

On the other hand, the coalition carried out an air raid on Al-Maraziq area in the Khab Wa Sha`af district in Jawf, and as well as to an air raid on Hays area of Hodeida province.

Earlier in the day, the coalition warplanes targeted the vicinity of 48 Hospital in Sanaa province, with two raids, seriously wounding 4 hospital staff and causing panic among patients.