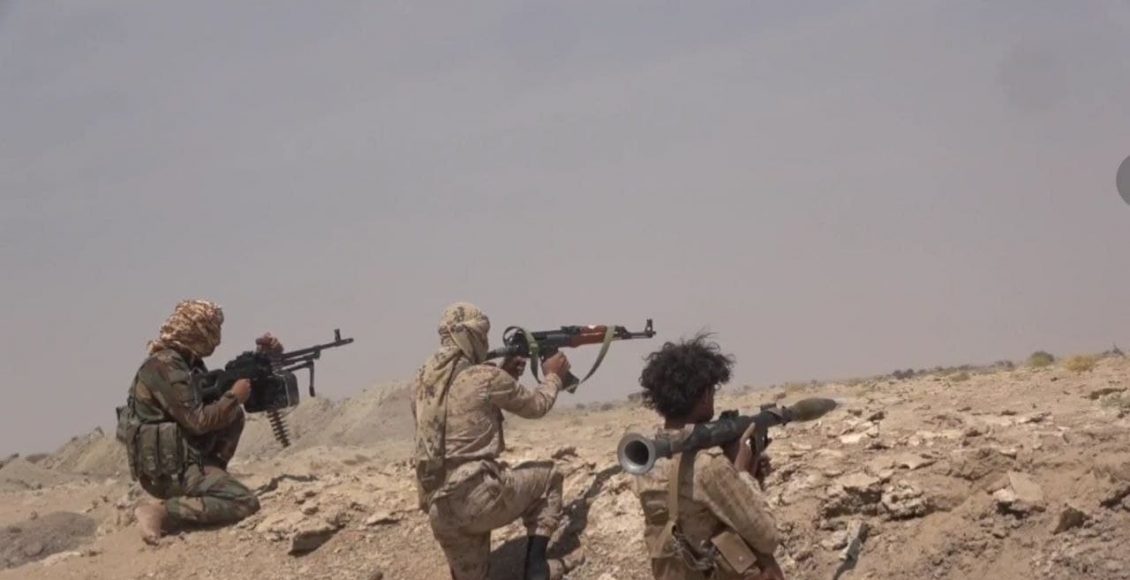 SANAA, Jan. 13 (YPA) -The Yemeni army repelled on Thursday an offensive carried out by the Saudi-led coalition in desert areas of Jawf province, local sources said.

The sources affirmed that fierce clashes renewed between two sides in the desert areas separating Jawf province and the city of Marib.

The coalition recruits suffered heavy casualties after being lured by the army in Hawaishan Mountain.

Earlier, the coalition recruits advanced, under heavy air cover, from their positions in the area of “Al-Alam Al-Abyad”, northeast of Marib city, towards “Hawaishan” mountain and “Qarn Asayari” in Khab WaShaaf district of Jawf, which the army forces launched a counter-attack and successful detour on the recruits from Bir al-Maraziq area of Jawf.

Sanaa reveals scenes of shooting down UAE aircraft in Shabwa