US agrees to transfer Yemeni detainees from Guantanamo 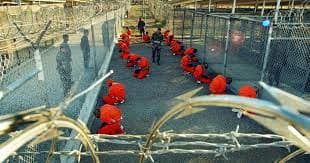 SANAA, Jan. 13 (YPA) – The US government has approved the release of five detainees, including three Yemenis, from Guantanamo Bay military prison, according to documents posted online this week by the Defense Department.

However, they are unlikely to be released soon, as the administration of US President Joe Biden is still working to find countries to accept.

According to the New York Times,  the three Yemenis were recommended for transfer, Moath Hamza al-Alw, Suhayl al-Sharabi and Omar Muhammad Ali al-Rammah, in addition to  the Kenyan Mohammed Abdul Malik Bajabu. All are in their 40s and  none of whom were charged with war crimes.

Palestinian wounded by enemy’s fires, others arrested in West Bank