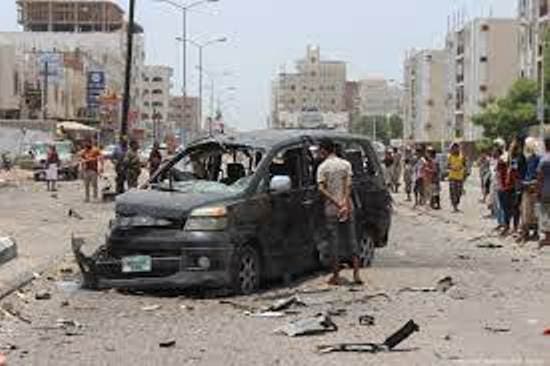 ADEN, Jan. 12 (YPA) – Two citizens were injured on Wednesday when a hand grenade blasted in the city of Aden, south of Yemen.

According to sources, one of the UAE-backed Southern Transitional Council (STC)’s militia threw the bomb inside one of the buses in Sheikh Othman district.

The sources confirmed the explosion left very damage in the citizen’s car and the state of panic among citizens.