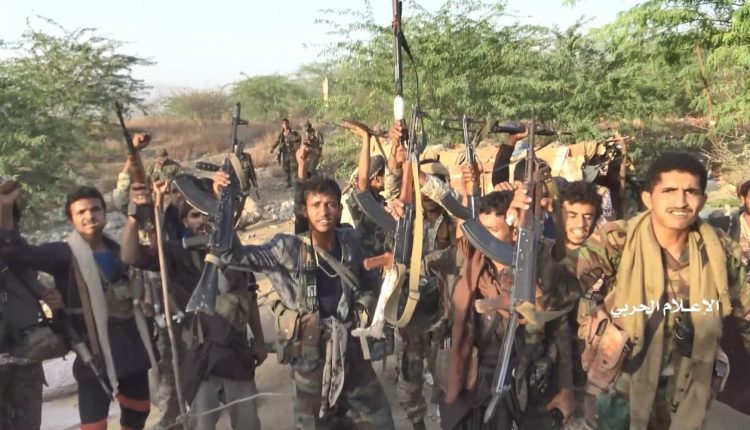 The Military media of the Yemeni army on Friday released video footage shows the army forces storming several positions of the Sudanese army mercenaries in the southwest of Saudi region.

The video showed the army forces attacking and storming the mercenaries’ locations in the axis of Almadafn and Al-Malahit .

The scenes showed dozens of dead  bodies of Sudanese army mercenaries thrown on the ground and many injured, while the rest fled amid advances by army forces and popular committees .

The army forces were able to seize a ‘large quantity’ of weapons, in addition to capturing dozens of mercenaries.

According to the military media, the Sudanese-hired mercenaries suffered heavy casualties in the attack.