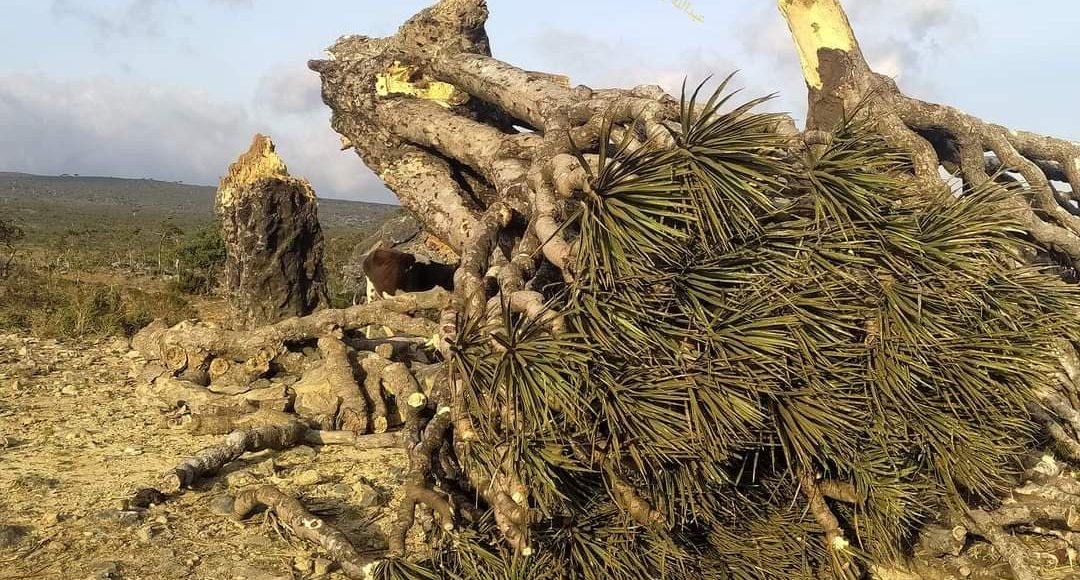 SOCOTRA, Nov. 22 (YPA) – Nearly 7,000 of Dragon’s Blood trees, known locally as Dam al-Akhawain, or blood of the two brothers, suddenly have been cut off in Dixum Reserve in the middle of Socotra Island, which is under the control of the UAE occupation forces for the past five years.

According to activists in the Island on social media, “The globally unique trees of the two brothers’ blood located at a distance of 2 km in the Dixim region, fell from their roots after the UAE established an electric station and investment factories for fish canning in the region.”

They stressed that the natural treasure and universal value of Socotra Island has become threatened with extinction, as a result of the tampering practiced by the UAE since its forces took control of the island under the banner of the humanitarian act through the “Khalifa Foundation” during the year 2016.

The activists considered that the fall of the two brothers’ blood trees was a catastrophe and an unprecedented systematic crime against the Reserve, without revealing the scientific reasons behind the sudden fall of the trees.

#Breaking: Capital #Sanaa witnesses major rally under title “#America is behind military and economic escalation and continuaal aggression and siege on #Yemen