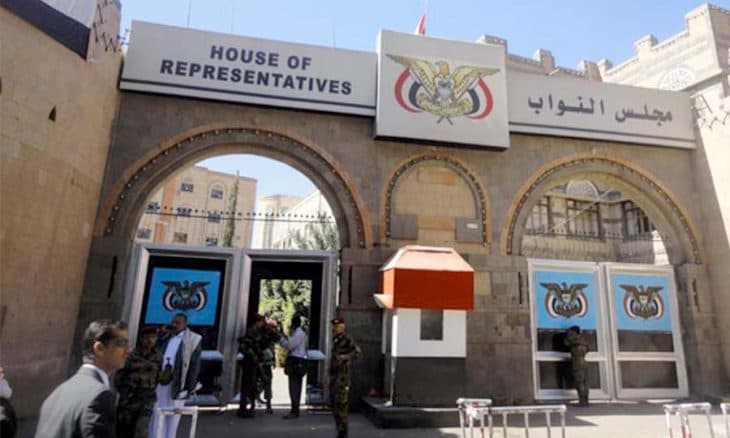 SANAA, Nov. 15 (YPA) – The House of Representatives strongly condemned on Monday the heinous crime committed by the Saudi-led coalition tools of executing ten prisoners from the Yemen army and popular forces by firing squad on the western coast.

In its session, headed by Parliament Speaker Yahya Al-Ra’i, members of the council stressed that this brutal crime contradicts all international and humanitarian laws, noting that the coalition and its terrorist tools have reveal the true face this crime in light of the silence of the international community.

They called on the United Nations, the UN Security Council and their affiliated bodies and institutions to pressure the coalition to hand over the bodies of the martyrs, including the body of the martyr Abdul Malik Al-Sanbani.

The session also denounced the continued bombing by the coalition forces on neighborhoods and civilian objects in the capital, Sanaa, and a number of other provinces.