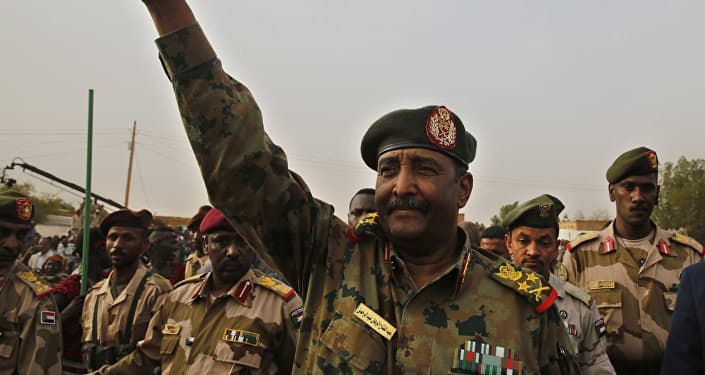 The office of the Sudanese army chief had announced that a press conference would be held on Tuesday afternoon, the day after the military coup d’état took over power in Sudan and expelled their civilian partners from power.

An official from Al-Burhan’s office confirmed that the conference was held, without giving further details.

On Monday, Al-Burhan suspended the work of seven articles of the constitutional document approved in 2019, against the background of a “military coup” led by the army on Monday 25/10 against the government of Prime Minister Abdalla Hamdok.

Al-Burhan announced in an official statement, “The suspension of Articles 11, 12, 15, 16, 24-3, 71 and 72 of the Constitutional Document, in full compliance with international agreements and covenants signed during the transitional government.”

The measures coincide with street demonstrations in Khartoum, which have been going on since Monday, rejecting the army’s takeover.

Today, the UN Security Council is scheduled to hold a closed-door emergency meeting on the situation in Sudan, at the request of six Western countries — Britain, Ireland, Norway, the United States, Estonia and France.